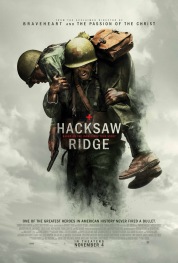 I once heard a story about a man who went to the beach and as he walked along the way he noticed hundreds of starfish and was so overwhelmed that he started to toss them back into the ocean one by one.  After some time elapsed, a another beach comer came along and noticed what the man was doing with the starfish and asked the gentleman why he was wasting his time tossing the starfish back into the ocean. There are hundreds of starfish and there is no way that you will be able to save all of them. It won’t matter. The man than picked up another starfish and said, it will matter to this one and tossed the starfish into the ocean. This may seem like a small gesture, but there is and cause and effect to every action that we take and we may never know the effects of our actions that we take in life. It mattered to the life of one starfish and that mattered to the man walking on the beach.

Everyone of us faces these same questions in life. Does it really matter what I do. Can I make a difference in my world, my community. Many of us don’t even bother to try and we wander through life without making an impact at all.

Hacksaw Ridge is a TRUE story about a man named Desmond Doss who was an ordinary man who did extraordinary things that were supernatural. Desmond decided to STAND for his convictions and serve his country as a medic in WWII as a conscientious objector. Yes that’s right, he went into battle without a gun and those in his unit questioned Desmond as to what difference could he make? The difference was that he saved not just one, but 75 men from his unit that would have otherwise died. One by one Desmond made a difference. His prayer on the battlefield was “Please Lord, help me get one more.”

Hacksaw Ridge is a powerful film that spoke to me on so many levels, but the one principal that stood out the most is that of obedience. The obedience of one man impacted the lives of 100’s of people for generations to come. You see, Desmond Doss rescued 75 men that would have otherwise perished in battle, Desmond single-handedly evacuated these wounded men from the battlefield behind enemy lines. WOW!  After previewing the film, I wondered where the children, grandchildren and the great grandchildren of the 75 men are today? Do they know what happened and how the course that their lives might have taken a completely different route if it had not been for the obedience on ONE man’s actions – Desmond Doss?

Well, today I discovered a story online about Mark Gamroth and his grandfather was Henry Gamroth. Henry served with Private Doss and Mark describes his grandfathers story from Hacksaw Ridge. “he was struck in a leg by fire and fell about 25 feet off a cliff. Doss, a private first class, crawled to Gamroth, rendered aid and removed him from the area. The whole story is almost so unbelievable; a shocker,” Mark Gamroth said. “I started to think about what Doss did, and without what he does, maybe my grandfather isn’t around, and then the rest of the family isn’t here.“ And think of all those others he saved and their families; what Doss did impacted them as well,” he added. “It’s all so amazing. I can’t wait to see the movie.”  Click here to Read the entire article

So the simple obedience of one man can impact the lives of hundreds of people. There is a cause and effect and YES you can make a difference. The POWER of ONE is real.  Everyday we have a choice to be obedient, to be kind, to be generous and to be selfless. The power of your choices can impact one person and you never know have far reaching your choices will go.

Hacksaw Ridge opens in theaters Friday November 4th. This is a movie that stays with you long after the credits roll. I encourage you do go see the movie, but be ready to be inspired, challenged and reminded of the POWER of ONE and also of the sacrifice’s that were made by the brave men like Desmond Doss in order to secure our FREEDOM.

See you at the movies!  David Almgren

This film is Rated R for the war violence ( not suited for kids at all).

Synopsis : HACKSAW RIDGE is the extraordinary true story of WWII medic Desmond Doss,  who, in Okinawa during the bloodiest battle of WWII, miraculously saved 75 men in a matter of hours without firing or carrying a gun. He was the only American soldier in WWII to fight on the front lines without a weapon, except the simple prayer he uttered before he single-handedly evacuated the wounded from behind enemy lines, under constant enemy gunfire and artillery bombardment. Doss’ courage and faith won the admiration of his commanders and fellow soldiers, as he saved the lives of the very men who had persecuted him for refusing to carry a gun. He believed the war was just, but to kill under any circumstance was wrong. Doss was labeled the first conscientious objector (he called himself a “conscientious cooperator” as he volunteered) to receive the Congressional Medal of Honor.